This workshop is a continuation of the long running AAMAS series of workshops on adaptive agents, now in its thirteenth year. Previous editions of this workshop may be found at the following urls:

The goal of this workshop is to increase awareness of and interest in adaptive agent research, encourage collaboration and give a representative overview of current research in the area of adaptive and learning agents and multi-agent systems. It aims at bringing together not only scientists from different areas of computer science (e.g. agent architectures, reinforcement learning, evolutionary algorithms) but also from different fields studying similar concepts (e.g. game theory, bio-inspired control, mechanism design).

The workshop will serve as an inclusive forum for the discussion of ongoing or completed work covering both theoretical and practical aspects of adaptive and learning agents and multi-agent systems.

This workshop will focus on all aspects of adaptive and learning agents and multi-agent systems with a particular amphasis on how to modify established learning techniques and/or create new learning paradigms to address the many challenges presented by complex real-world problems. The topics of interest include but are not limited to:

Extended and revised versions of papers presented at the workshop will be eligible for inclusion in a journal special issue (see below).

Papers can be submitted through EasyChair.

We invite submission of original work, up to 8 pages in length (excluding references) in the ACM proceedings format (i.e. following the AAMAS formatting instructions). This includes work that has been accepted as a poster/extended abstract at AAMAS 2021. Additionally, we welcome submission of preliminary results, i.e. work-in-progress, as well as visionary outlook papers that lay out directions for future research in a specific area, both up to 6 pages in length, although shorter papers are very much welcome, and will not be judged differently. Finally, we also accept recently published journal papers in the form of a 2 page abstract.

Furthermore, for submissions that were rejected or accepted as extended abstracts at AAMAS, we encourage authors to also append the received reviews. This is simply a recommendation and it is optional. Authors can also include a short note or changelist they carried out on the paper. The reviews can be appended at the end of the submission file and do not count towards the page limit.

All submissions will be peer-reviewed (single-blind). Accepted work will be allocated time for poster and possibly oral presentation during the workshop. Extended versions of original papers presented at the workshop will also be eligible for inclusion in a post-proceedings journal special issue.

We are delighted to announce that extended versions of all original contributions at ALA 2021 will be eligible for inclusion in a special issue of the Springer journal Neural Computing and Applications (Impact Factor 4.213). The deadline for submitting extended papers is 15 September 2021 22 November 2021. 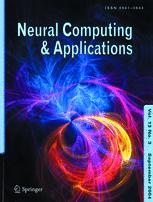 We will post further details about the submission process and expected publication timeline after the workshop.

Except for the invited talks, ALA 2021 will take place in an asynchronous manner. In order to facilitate discussions over all the contributions as well as social interactions, we invite all authors and participants to join our Slack workspace.

In order to organise discussions, we ask authors/participants to create channels with the name paper-#. We have added below a unique number for each contribution.

The ALA 2021 live sessions will take place via Zoom. The links to the live sessions are available on the AAMAS Workshops and Tutorials Underline platform. In order to access the platform, registration is required and it is free. 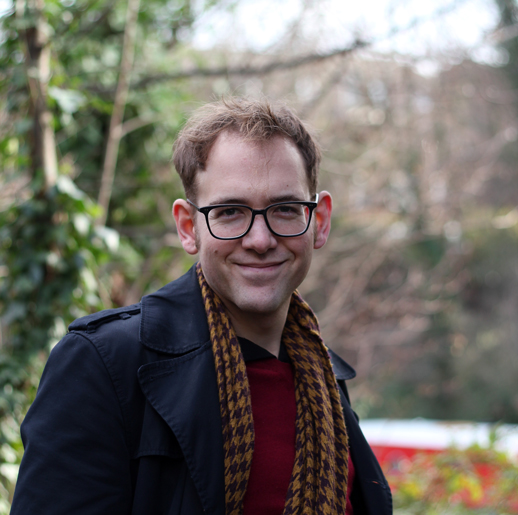 Abstract: Efficiently navigating a superpressure balloon in the stratosphere requires the integration of a multitude of cues, such as wind speed and solar elevation, and the process is complicated by forecast errors and sparse wind measurements. Coupled with the need to make decisions in real time, these factors rule out the use of conventional control techniques. This talk describes the use of reinforcement learning to create a high-performing flight controller for Loon superpressure balloons. Our algorithm uses data augmentation and a self-correcting design to overcome the key technical challenge of reinforcement learning from imperfect data, which has proved to be a major obstacle to its application to physical systems. We deployed our controller to station Loon balloons at multiple locations across the globe, including a 39-day controlled experiment over the Pacific Ocean. Analyses show that the controller outperforms Loon’s previous algorithm and is robust to the natural diversity in stratospheric winds. These results demonstrate that reinforcement learning is an effective solution to real-world autonomous control problems in which neither conventional methods nor human intervention suffice, offering clues about what may be needed to create artificially intelligent agents that continuously interact with real, dynamic environments.

Bio: Marc G. Bellemare leads the reinforcement learning efforts at Google Research in Montreal and holds a Canada CIFAR AI Chair at the Quebec Artificial Intelligence Institute (Mila). He received his Ph.D. from the University of Alberta, where he developed the highly-successful Arcade Learning Environment benchmark. From 2013 to 2017 he held the position of research scientist at DeepMind in London, UK, where he made major contributions to deep reinforcement learning, in particular pioneering the distributional method. Marc G. Bellemare is also a CIFAR Learning in Machines & Brains Fellow and an adjunct professor at McGill University. 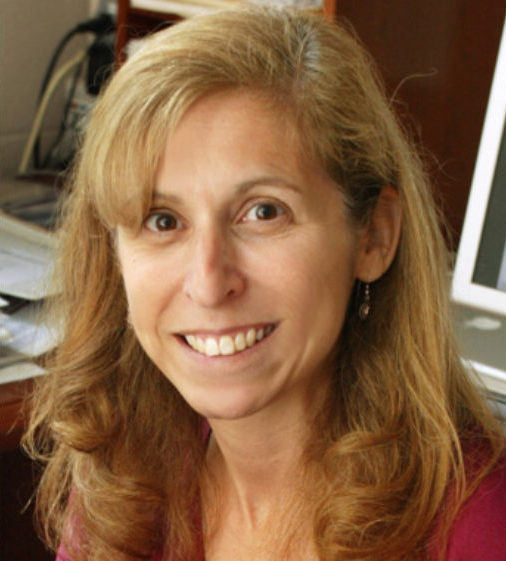 Abstract: I will discuss a recently proposed model of opinion dynamics and its use, as a model of reinforcement learning with distributed information sharing, in the study of multi-agent strategic interaction. Our model describes continuous-time opinion dynamics for an arbitrary number of agents that communicate over a network and form real-valued opinions about an arbitrary number of options. Many models in the literature update agent opinions using a weighted average of their neighbors’ opinions. Our model generalizes these models by applying a sigmoidal saturation function to opinion exchanges. This makes the update fundamentally nonlinear: opinions form through a bifurcation yielding multi-stability of network opinion configurations. Leveraging idealized symmetries in the system, qualitative behavioral regimes can be distinguished explicitly in terms of just a few parameters. I will show how to interpret the opinion dynamics as a model of reinforcement learning in multi-agent finite games and discuss implications for games including the prisoner’s dilemma and the traveler’s dilemma. This is joint work with Anastasia Bizyaeva, Alessio Franci, Shinkyu Park, and Yunxiu Zhou, and based on papers https://arxiv.org/abs/2009.04332v2 and https://arxiv.org/abs/2103.14764.

Bio: Naomi Ehrich Leonard is the Edwin S. Wilsey Professor of Mechanical and Aerospace Engineering and associated faculty member of the Program in Applied and Computational Mathematics at Princeton University. She is Director of Princeton's Council on Science and Technology and affiliated faculty member of the Princeton Neuroscience Institute and Program on Quantitative and Computational Biology. She received her BSE in Mechanical Engineering from Princeton University and her PhD in Electrical Engineering from the University of Maryland. Leonard is a MacArthur Fellow, a member of the American Academy of Arts and Sciences, and a Fellow of the ASME, IEEE, IFAC, and SIAM. Prof. Leonard's background includes feedback control theory, nonlinear dynamics, geometric mechanics, and robotics, where she has made contributions both to theory and to application. She studies and designs complex, dynamical systems comprised of many interacting agents, including, for example, animais, robots, and/or humans that move, sense, and decide together. Her research program emphasizes the development of analytically tractable mathematical models of collective dynamics that provide the systematic means to examine the role of feedback (responsive behavior), network interconnection (who is communicating with whom), heterogeneity (individual differences) in the behavior, learning, and resilience of groups in changing environments. 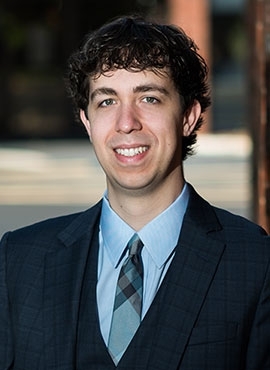 Bio: Dr. Matthew Gombolay is an Assistant Professor of Interactive Computing at the Georgia Institute of Technology. He received a B.S. in Mechanical Engineering from the Johns Hopkins University in 2011, an S.M. in Aeronautics and Astronautics from MIT in 2013, and a Ph.D. in Autonomous Systems from MIT in 2017. Gombolay’s research interests span robotics, AI/ML, human-robot interaction, and operations research. Between defending his dissertation and joining the faculty at Georgia Tech, Dr. Gombolay served as technical staff at MIT Lincoln Laboratory, transitioning his research to the U.S. Navy and earning a R&D 100 Award. His publication record includes a best paper award from the American Institute for Aeronautics and Astronautics, a finalist for best student paper at the American Controls Conference, and a finalist for best paper at the Conference on Robot Learning. Dr Gombolay was selected as a DARPA Riser in 2018, received 1st place for the Early Career Award from the National Fire Control Symposium, and was awarded a NASA Early Career Fellowship for increasing science autonomy in space.

This year's workshop is organised by: Senior Steering Committee Members:

The ALA 2021 Best Paper Award is kindly sponsored by the Springer journal Neural Computing and Applications.

If you have any questions about the ALA workshop, please contact the organizers at:
ala.workshop.2021 AT gmail.com

For more general news, discussion, collaboration and networking opportunities with others interested in Adaptive Learning Agents then please join our Linkedin Group